One of the hardest things for the caregiver of a person with FTD has to handle is the withdrawal of friends and family from the day-to-day happenings in your world.

“My best friend who does call me or I call him several times a day is the only one and he doesn’t want to come here cause he doesn’t like seeing Peg the way she is. So hurts sometimes”.

– James, caring for his wife.

It’s not enough that you are living in an environment of silence, anger, pain and downright belligerence at times, but you also have to suffer the “slings and arrows of outrageous fortune” . To “take arms against a sea of troubles” is more than you can bear to do. Putting this into perspective (and in non-Shakespearean language to which we can all relate!) – you don’t have the energy or the time to persuade, cajole or help other people to come and see someone they have previously professed to love and respect.

What’s more is that, not only do friends sometimes abandon your loved one, they abandon you too. It’s sad and painful.

“I don’t blame those that distance themselves. Not sure how I would handle it if the roles were reversed. This disease makes people very uncomfortable”.

– Roger, caring for his wife.

You will get through the most harrowing experience of your life with or without them. And there will come a time, much later, when it will no longer be important. They have their own stuff going on. Their own problems, their own domestic issues. Their own fears and failures. I don’t think that makes it alright that they abandoned you in your time of need, but bitterness is a useless emotion. Revenge is not sweet. 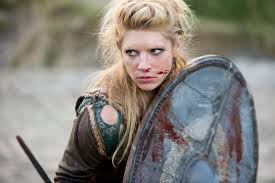 You will attain a plateau of indifference. Not that you don’t love them as friends anymore, but afterwards, the shield that you built to protect yourself from the “slings and arrows” of FTD will also protect you against the absence of something that was not as robust as you may have thought anyway.

“I think if we can help people overcome their fears, let them know it’s okay to feel awkward, say something stupid, stutter or act like an idiot, at least it’s interaction, and maybe the next time won’t be quite so awkward. Of course everything makes more sense in hindsight, and it’s nearly impossible to change other people. So even though I’m pretty sure I know why they do it, I’m not sure the change will ever happen if we leave them to their own devices.

– Rip, caregiver to a loved one with FTD

Rip is right, you have to let them know it’s ok. Whatever level of support they can offer. If that’s an occasional phone call, then let that be ok. If that’s dropping you from a circle of friends completely, then let that be ok too. You’re in control only of you. The most oft-used saying in the FTD world is:

That is never more true than in every FTD day. And so, the friendless situation is the same. You’re not friendless. It just feels that way sometimes. What it is is different. Different people that you have come to know, those who get it. The ones who are going through the same things as you. Not exactly the same, but relatable experiences. Different daily routines, different perspective. Those things that you always took for granted are different now. Like friends and conversation. It’s like starting a new job. everyone seems strange at first, but familiarity ensues and you make friends with people that you never would have found if it wasn’t for FTD.

It has to be said that friends can also be your rocks, your place of retreat. Those that stick around and hold your hand – physically or metaphorically, can do it from next door or thousands of miles away. They will take your call or tears at any time. One lesson I learned from my experience with FTD was that the people who were around just took to the situation without any request or discussion. They just did it. They behaved no differently towards my husband, treated him with respect and love just as they always had. They still do, even now he’s gone. He had less-than-perfect behaviors even before the FTD and they knew that. We all did. We all do. There’s the rub. We all do. None of us have perfect characteristics or behaviors, with or without FTD. Some people are just “not comfortable” with those things that lie outside social norms.

If I’m honest, maybe I was not either before my run-in with the bastard disease. Maybe I was less than tolerant of the frailties of others. Even without the presence of a terminal, devastating illness, my own behavior could have been better. It probably still could at times. I am laughing right now as I write. Since the FTD circus left town and I said my last goodbye, I have become much more introspective. FTD took almost everything from me, but in fairness, it gave me some things too. I learned more patience, tolerance and how much love I had inside me. I also learned how to not think less of people who are not like me. A hard lesson and a humbling one.

Now, I view friendships and relationships much differently. Or even indifferently. Not for what they bring to me, but for what I bring to them. I am working on taking things a lot less personally and trying to see things from a more objective point. Although, in contradiction to this, my own defiance and defensiveness were the very things that helped me fight for what was right for my husband, so they did come in handy there. I had a very strong shield. The shield was reinforced by the love and support I received from the people who did stick around.

So, to quote the song “You gotta have friends”. You really do. They just might not be the ones you expect.  Lending a hand comes in many forms.

Native of England, transplant to the US. Writer, mother, grandma, nurse, friend, confidante. View all posts by Deborah Thelwell